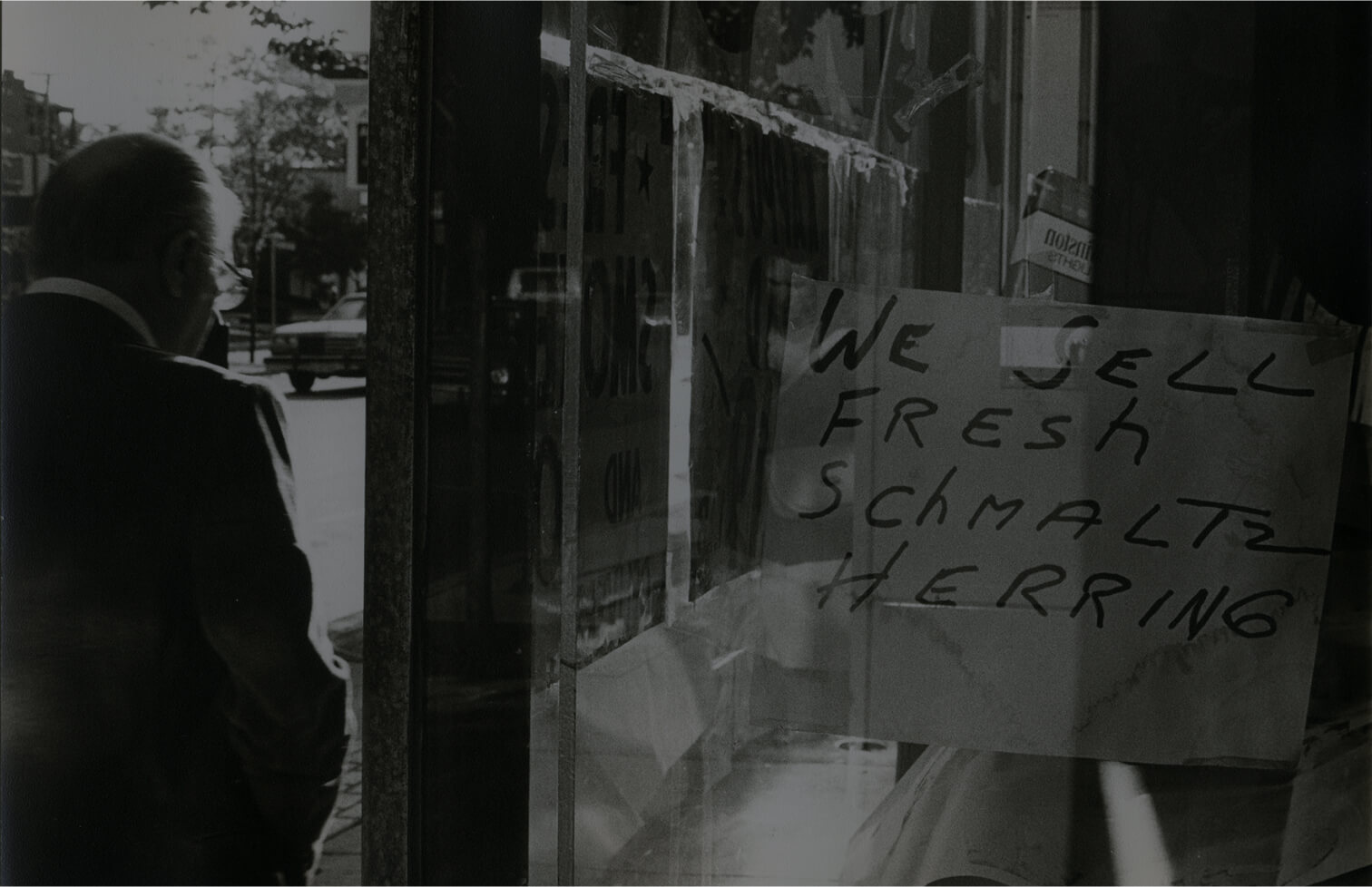 Jewish cookbooks, which grew increasingly popular in the 19th century, show changing approaches to tradition. The first ones, published in Germany, were influenced by Haskalah, the Jewish Enlightenment, which aimed to reconcile religion with social and civic engagement. They were written in German and offered recipes according to the laws of kashrut even if they broke away from traditional Jewish cuisine by recommending modern food that was popular among non-Jews. A cookbook written by Rebecca Wolf was especially popular—it boasted many editions and in 1887 was translated into Polish.

In the late 19th century, Jewish life entered a new era of secularization, especially as more states granted them full civil rights. Thus they gained access to a wider range of professions, property rights, and secular education. Under the influence of metropolitan culture, popular newspapers and fast transportation their lifestyle was transformed. Some people tried to reconcile religious tradition with functioning in a non-Jewish environment, others assimilated or got engaged in secular Jewish national movements. These changes affected the culinary culture of the Jews, with modifications to modern challenges or abandonment. Textbook for Every Jewish Home Offering All Sorts of Methods of Cooking and Baking Along with Detailed Menus and Hints on How to Organise and Run a Jewish Household, Warsaw 1904. The book was first published in 1851 in German and in 1877 in Polish. It went through several editions.
Kuyavian-Pomeranian Digital Library, Bydgoszcz
See related objects
Rebecca Wolff, "Kuchnia koszerna" (Kosher Kitchen) 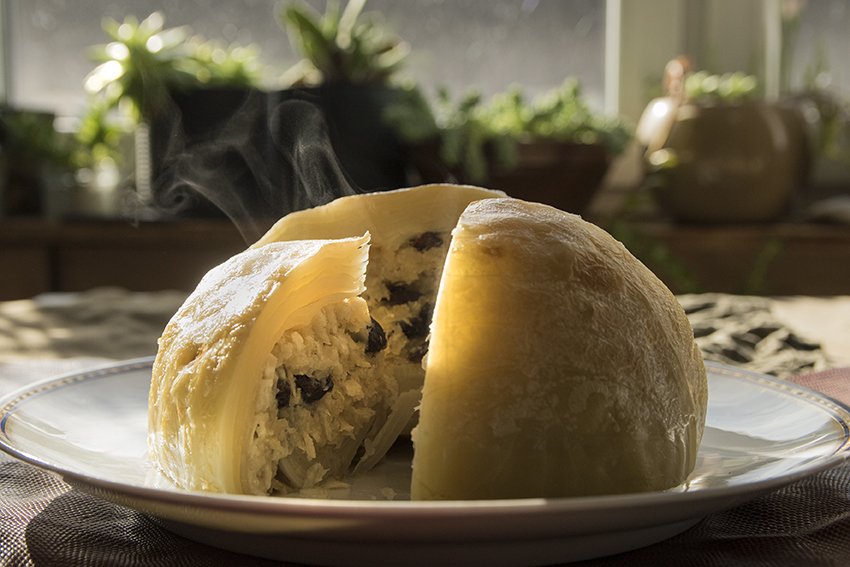 Barbara Kirshenblatt-Gimblett, Ronald S. Lauder Chief Curator, Core Exhibition at POLIN Museum, talks about Jewish cookbooks—about when and how they emerged, and about the way Jewish historic experience of the 19th and 20th centuries is reflected in them. 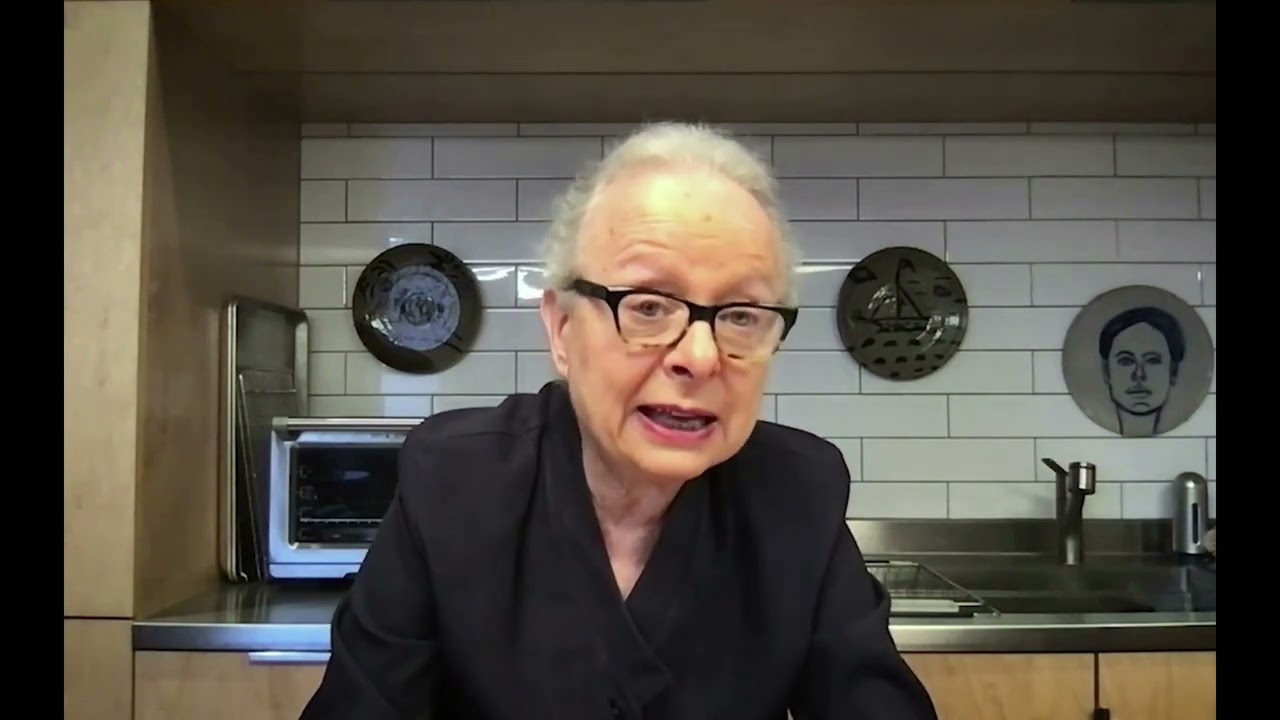 Features Jewish immigrants from Eastern Europe greeted by their relatives in the United States. The image reflects mass migration to the US from the 1880s to 1914.
Wikimedia Commons

Books for immigrants in the USA

In the 19th century, Jewish immigrants in America began to publish cookbooks. The first settlers came from Anglo-Saxon countries and were deeply assimilated. "Aunt Babette’s Cookbook" was deliberately non-kosher and contained trendy and sophisticated recipes. The immigrants from East-Central Europe—who began to arrive en masse towards the end of the 19th century—were much more strongly attached to tradition and religion. "The Settlement Cook Book", which was addressed to them, offered—aside from recipes—descriptions of the American lifestyle, tips on running a household and modern cooking techniques. "International Jewish Cook Book" published in 1918 contained traditional kosher recipes from all across the globe. How to cook in the Land of Israel?

In 1936, the first cookbook was published in Palestine. "How to Cook in the Land of Israel" was published by WIZO (Women’s International Zionist Organization). It was written in Hebrew and addressed to Jewish settlers who had been arriving in Palestine in large numbers since the end of the 19th century, hoping to establish their own state. The book presents local conditions and recommends various ways on how to adapt to them. Erna Mayer, "Ekh levashel be-eretz israel" (How to Cook in the Land of Israel)

Many cookbooks published in East-Central Europe were written in Yiddish. They were addressed to modern women and offered instruction on how to cope with running a household and a kitchen. They often propagated new ideas regarding health and hygiene. One of them was Fania Levando’s "Vegetarish dyetisher kokhbukh" [Vegetarian Cookbook] published in 1938 in Yiddish and Polish. Its author ran a kosher vegetarian restaurant in Vilna. She offered practical culinary workshops for women, too. 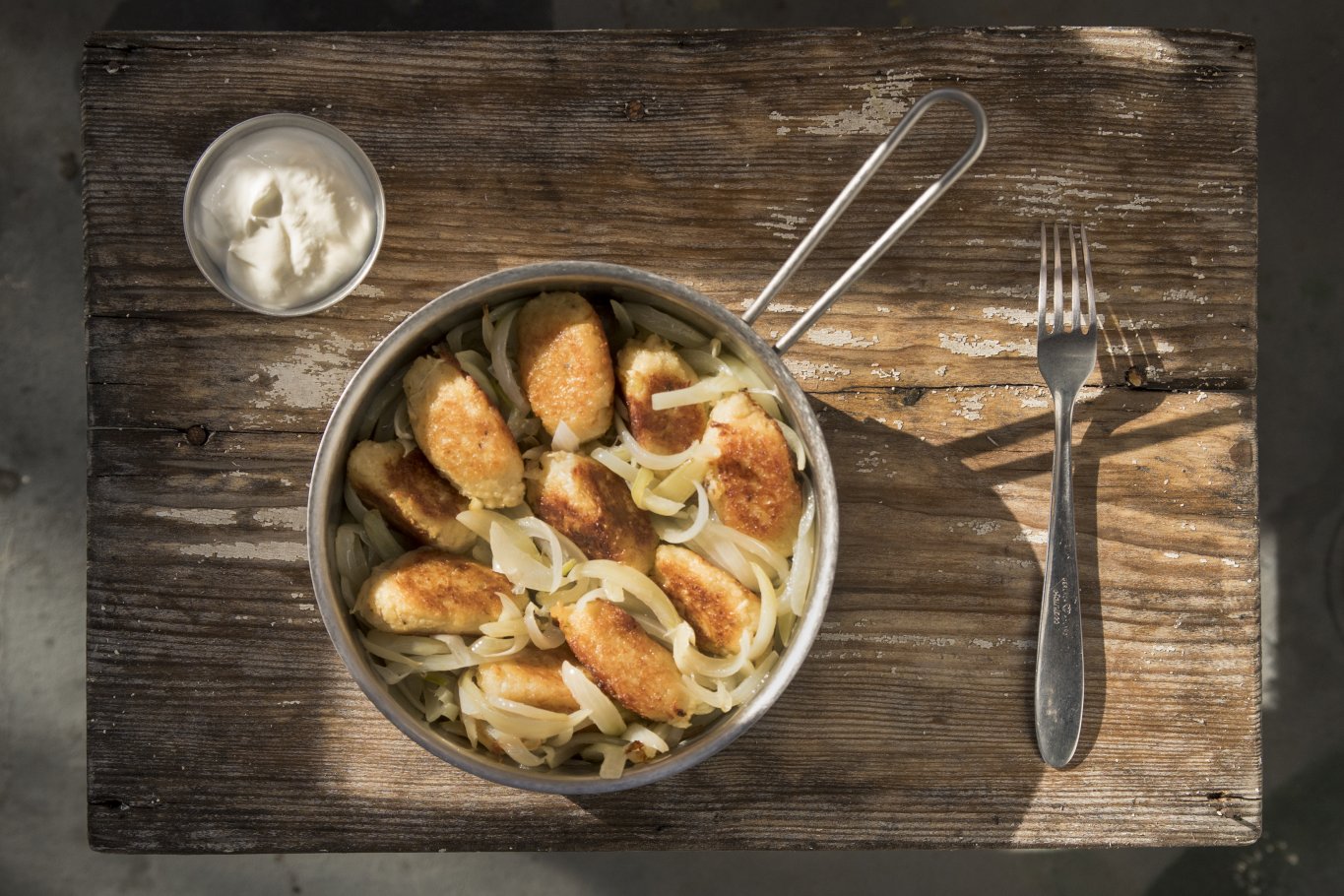 ARTIFICIAL FISH MADE OF VEGETABLES
Cook it!

Eve Jochnowitz, Yiddishist and culinary ethnographer, talks about vegetarianism in Jewish culture and about Fania Levando, a restaurant owner from Vilna, author of the first kosher vegetarian cookbook. 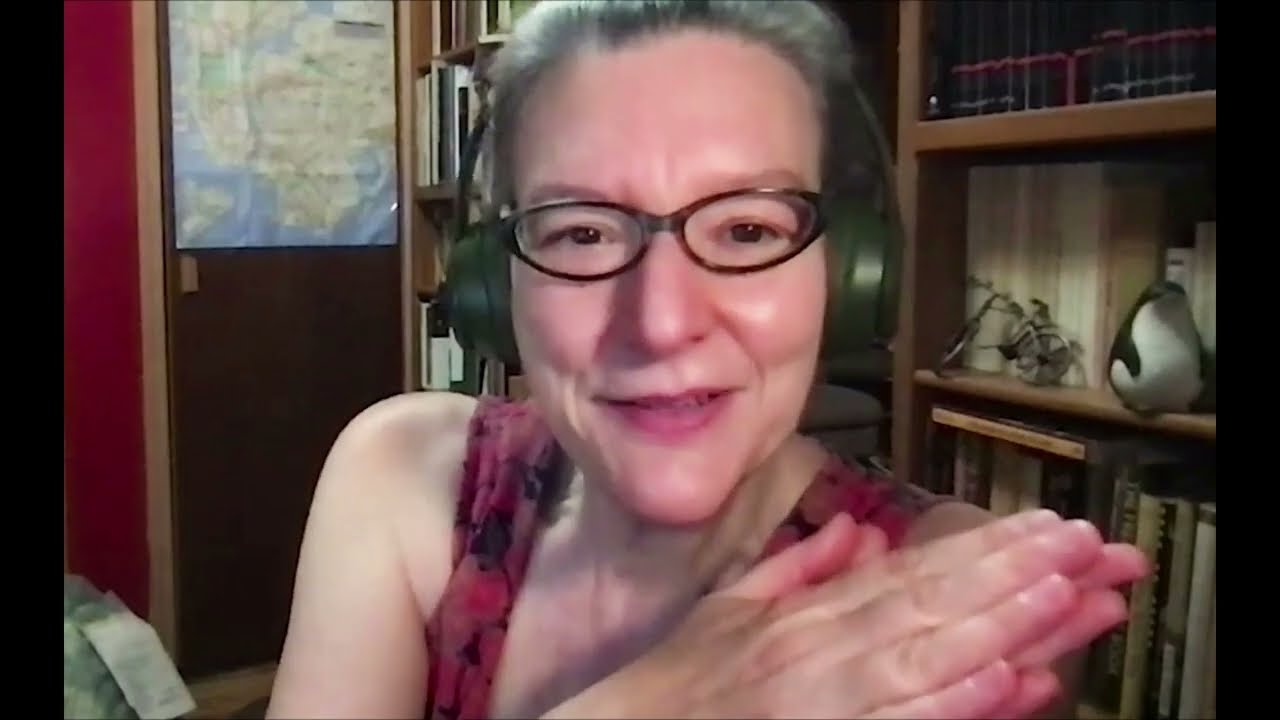 Poster advertising a lecture organised by TOZ (Society for the Protection of Jewish Health in Poland), 1919-1939.
YIVO Institute for Jewish Research, New York 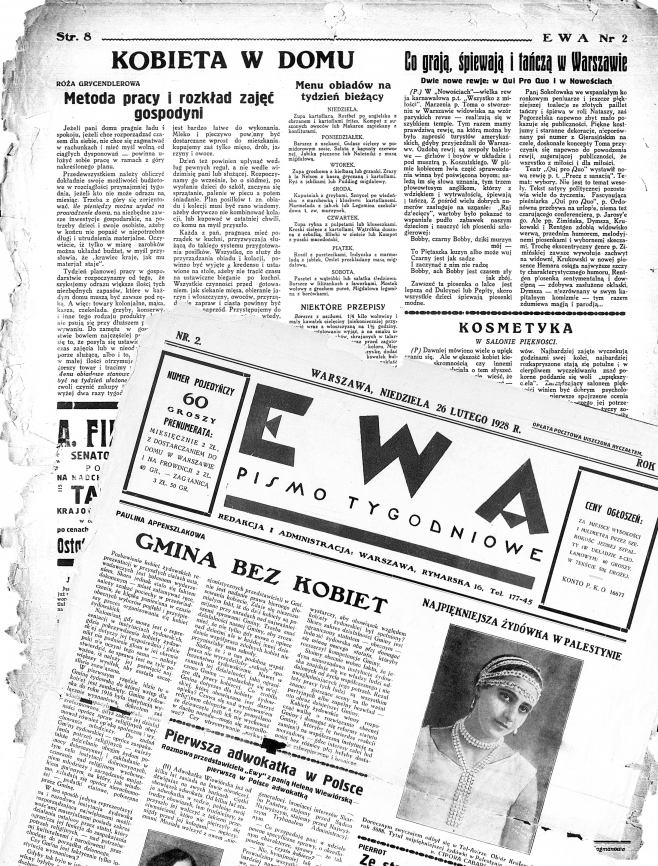 ”A Woman at Home” The cups feature portraits of the poet’s grandparents. Beginning of the 20th c.
A. Mickiewicz Museum of Literature, Warsaw
View 3D Commemorative spoon with the inscription "Birth of Israel"

Silver, 1948.
POLIN Museum of the History of Polish Jews 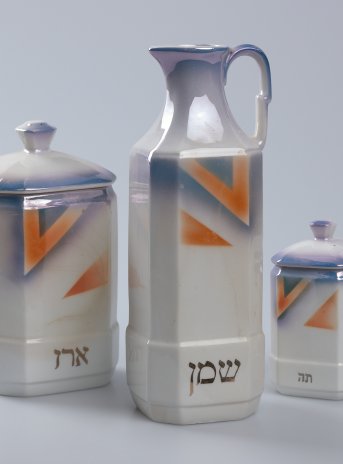